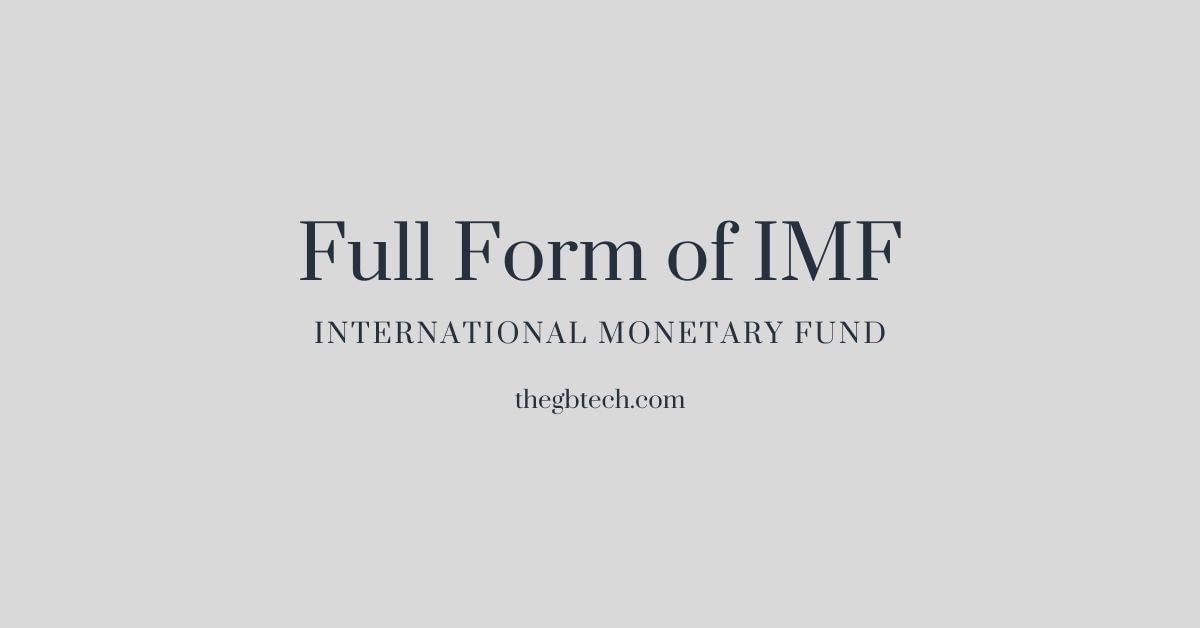 Harry Dexter white and John Maynard Keynes were behind the idea of establishment of such organization. When it came into formal existence in 1945 there were only 29 members’ countries, now IMF is working in 190 countries.

The basic goal of IMF was to reconstruction of international payment system, but now IMF playing role in balance of payment, exchange stability, multilateral trade and payment, international trade and eliminates exchange control.
Its headquarter is located in Washington D C.
Member’s countries contribute fund in a pool of IMF and later IMF land fund to countries as per quota when they are in financial crises, but there are many examples that IMF landed fund more than their quotes in extraordinary situation. As of 2016, the fund had 667 billion dollar.
Current managing director of IMF is Karistalina Georgieva, Bulgarian economist and chief economist is Gita Gopinath, an Indian economist and ex advisor to the chief minster Kerala India.

Surveillance of the global economy

IMF publishes reports on the basis of these data that are basically advisory to member countries and other institutions to make reform in their economy. The basic objective of IMF is to improve world economy.

When a country borrow loan from IMF, the country has to accept the term and condition of IMF. Almost every loan of IMF is conditional loan. IMF asks the countries to reform their economy in natural way. For example whenever Pakistan borrow loan from IMF they impost some conditions like to eliminate subsidies on various item like electricity.
Currently IMF demanding to Pakistan to increase gas and electricity prices.

Biggest loan in the history of IMF

Argentina makes a biggest 56 billion dollar deal with IMF in 2000 and IMF has delivered 44 billion so far.

What is the Full Form of ATM and How it Works.

What is the full form of AI ?

What is the Full Form of YAHOO

shajee514
Fiverr
Seller
Welcome to my profile. I am a professional WordPress developer, and I am also a blogger. I start my WordPress journey in 2017 and now this time I work as a freelancer and also running multiple blog and website. I am also expert in SEO and CPA marketing. I have a good Skill in Video editing also.